From The New York Times: According to international standards for the treatment of prisoners, keeping someone in solitary confinement for longer than 15 days is a form of torture that can lead to severe mental health symptoms. That is why, last month, Colorado ended the practice; since then, the state has seen tremendously positive results.

“Long-term solitary was supposed to be rehabilitative, but it did not have that effect. Studies have found that inmates who have spent time in solitary confinement are more likely to reoffend than those who have not. Data shows that prisoners in solitary account for about half of all prison suicides; self-harm is also more common in solitary units than in less-restrictive ones. One social psychologist even found that the degree of loneliness experienced by people in solitary is matched only by that of terminal cancer patients.

In addition, solitary confinement was intended to be a last resort for those who were too violent to be in a prison’s general population. But then we gradually included inmates who disrupted the efficient running of an institution. In other words, inmates could be placed in solitary for almost any reason, and they were.” 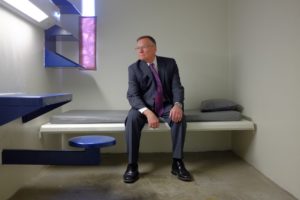