From Mail & Guardian: Colonialism today is more entrenched in our society than it ever has been in the past, and traditional psychology and mental health treatment often perpetuate and uphold colonialism. In order to decolonize psychology, a “bottom-up” approach to therapy is needed, in which the therapist and client can participate in a collaborative, mutual process of change and growth.

“The promotion of adjustment to oppressive structure and alienated living often occur in psychotherapy or the larger industry called mental health, whose aim is to change people rather than enable them (if not enjoining them) to change the conditions (economic, political, cultural and social) that caused or contributed to the distress, mild or severe.

Emphasis on adjustment not only decontextualises the problems of the oppressed but also burdens the ‘patient’ with an inordinate degree of patience to an oppressive system, including the hierarchy of power in the doctor-patient relationship replicating the colonial situation.

Moreover, traditional therapy begins with a subtle process of Eurocentrism, racism and victim-blame, all affirming or implying that the ‘patient’ caused or contributed to his or her problem. Little wonder then that patients from oppressed communities seldom seek therapy unless brought under duress by relatives, the police or by court order. If they seek therapy, they frequently drop out because of the adjustment-orientation, power-relations, decontextualisation and victim-blaming of Eurocentric psychology.” 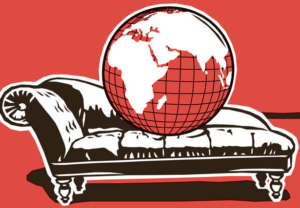 How Western Psychology Can Rip Indigenous Families Apart: An Interview with Elisa Lacerda-Vandenborn