In this piece for Pacific Standard, David Dobbs recounts the story of Nev Jones, a psychologist with lived experience who is working to change the way “schizophrenia” and “psychosis” are perceived in our culture, and to highlight the impact a person’s social environment can have on their recovery.

“Over the past 25 years or so, the study of culture’s effect on schizophrenia has received increasing attention from philosophers, historians, psychiatrists, anthropologists, and epidemiologists, and it is now edging into the mainstream. In the past five years, Nev Jones has made herself one of this view’s most forceful proponents and one of the most effective advocates for changing how Western culture and psychiatry respond to people with psychosis. While still a graduate student at DePaul she founded three different groups to help students with psychosis continue their studies. After graduating in 2014, she expanded her reach first into the highest halls of academe, as a scholar at Stanford University, and then into policy, working with state and private agencies in California and elsewhere on programs for people with psychosis, and with federal agencies to produce toolkits for universities, students, and families about dealing with psychosis emerging during college or graduate study. Now in a new position as an assistant professor at the University of South Florida, she continues to examine—and ask the rest of us to see—how culture shapes madness.

In the United States, the culture’s initial reaction to a person’s first psychotic episode, embedded most officially in a medical system that sees psychosis and schizophrenia as essentially biological, tends to cut the person off instantly from friends, social networks, work, and their sense of identity. This harm can be greatly reduced, however, when a person’s first care comes from the kind of comprehensive, early intervention programs, or EIPs, that Jones works on. These programs emphasize truly early intervention, rather than the usual months-long lag between first symptoms and any help; high, sustained levels of social, educational, and vocational support; and building on the person’s experience, ambitions, and strengths to keep them as functional and engaged as possible. Compared to treatment as usual, EIPs lead to markedly better outcomes across the board, create more independence, and seem to create far less trauma for patients and their family and social circles.” 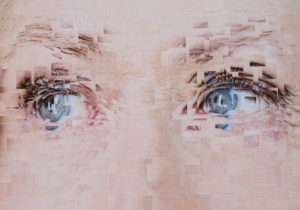