From Fox News: According to Frank Sinatra’s manager Eliot Weisman, Sinatra suffered from several adverse effects of the antidepressant Elavil during his final years.

“…there was one behavior that concerned Weisman. He claimed Sinatra allegedly overused an antidepressant known as Elavil, which can cause numerous side effects, including blurred vision, rapid weight gain, agitation and confusion.

The effects of the prescribed drug became so severe, the press suspected Sinatra, who struggled to remember lyrics to his iconic hits and repeated anecdotes, was suffering from Alzheimer’s disease, Weisman said. His daughter Tina previously recalled how he became more forgetful and would at times lose his coordination and stumble.” 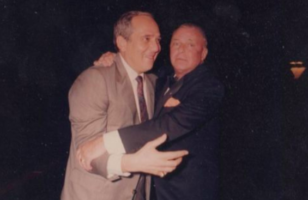