From the Los Angeles Times: In attempting to justify skyrocketing drug prices, John C. Martin, the executive chairman of Gilead Sciences, claimed that pharmaceutical companies must make large profits so they can “continue to innovate.” However, only a small percentage of Gilead’s profits are spent on research and development, with the vast majority going to shareholders.

“…the evidence that Gilead itself uses its profits to ‘innovate’ is thin at best. In 2016, the company reported profit of $13.5 billion. It spent $11 billion to repurchase its own shares, and about $2.5 billion on stock dividends. So the buybacks and dividends together came to $13.5 billion, in effect consuming 100% of the company’s profit.

All that spending benefits shareholders—the repurchases prop up the value of their shares and enhance their gains when they sell, and dividends are, of course, a direct payout. Innovation? Gilead spent $5 billion on research and development, according to its annual report.” 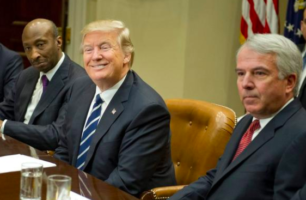