In this piece for FiveThirtyEight, Christie Aschwanden explains how various industries have used the language of the “open science” reform movement, which advocates for more transparency in scientific research methods, to advance policy supporting corporate interests.

“Calls to base public policy on ‘sound science’ seem unassailable if you don’t know the term’s history. The phrase was adopted by the tobacco industry in the 1990s to counteract mounting evidence linking secondhand smoke to cancer. A 1992 Environmental Protection Agency report identified secondhand smoke as a human carcinogen, and Philip Morris responded by launching an initiative to promote what it called ‘sound science.’ In an internal memo, Philip Morris vice president of corporate affairs Ellen Merlo wrote that the program was designed to ‘discredit the EPA report,’ ‘prevent states and cities, as well as businesses from passing smoking bans’ and ‘proactively’ pass legislation to help their cause.

The sound science tactic exploits a fundamental feature of the scientific process: Science does not produce absolute certainty. Contrary to how it’s sometimes represented to the public, science is not a magic wand that turns everything it touches to truth. Instead, it’s a process of uncertainty reduction, much like a game of 20 Questions. Any given study can rarely answer more than one question at a time, and each study usually raises a bunch of new questions in the process of answering old ones. ‘Science is a process rather than an answer,’ said psychologist Alison Ledgerwood of the University of California, Davis. Every answer is provisional and subject to change in the face of new evidence. It’s not entirely correct to say that ‘this study proves this fact,’ Ledgerwood said. ‘We should be talking instead about how science increases or decreases our confidence in something.'” 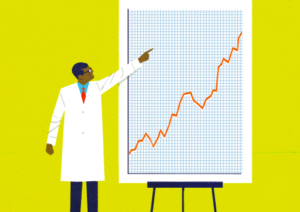