From Newsroom: University of Auckland researchers make a case against the chemical imbalance theory of mental illness, arguing that biological explanations and treatments for emotional distress may do more harm than good.

“Psychiatry’s disease model explains all difficult human moods, emotions and behaviours as pathologies for which pills are the cure, allowing little room for political, social or cultural factors in explaining the causes and solutions for distress. Doctors promoting the theory justify their undermining of informed consent by claiming it reduces the stigma of a psychiatric diagnosis and therefore benefits patients. Unfortunately evidence shows this is another falsehood.

In fact, studies have shown that whose who believe their depression is caused by a chemical imbalance have a poorer prognosis than those offered other explanations. They suffer more stigma and self-blame, have a greater sense of helplessness and hopelessness in their ability to recover, and are less likely to have faith in, and engage in, talking therapies. Significantly when one considers the suicide and disability figures, they are less likely to take action to change lifestyle or environmental factors, less likely to engage in developing coping strategies, and are more likely to use medication. In a country reported by the OECD to have the highest rate of youth suicide in the developed world, along with one of the worst rates of child abuse, this last point is critical.” 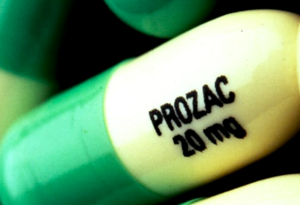