From The New York Times: In recent years, social scientists have become increasingly concerned about the “replication crisis,” i.e. the dearth of reproducible research results. Three new books point out point out potential causes of this crisis and the problematic nature of many contemporary research studies.

“In their book TEN GREAT IDEAS ABOUT CHANCE (Princeton University, $27.95), a historical and philosophical tour of major insights in the development of probability theory, the mathematician Persi Diaconis and the philosopher Brian Skyrms emphasize another possible cause of the so-called replication crisis: the tendency, even among “working scientists,” to equate probability with frequency. Frequency is a measure of how often a certain event occurs; it concerns facts about the empirical world. Probability is a measure of rational degree of belief; it concerns how strongly we should expect a certain event to occur. Linking frequency and probability is hardly an error. (Indeed, the notion that in large enough numbers frequencies can approximate probabilities is Diaconis and Skyrms’s fourth ‘great idea’ about chance.) But failing to distinguish the two concepts when testing hypotheses, they warn, ‘can have pernicious effects.'” 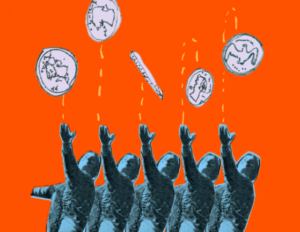