In this piece for the Critical Mental Health Nurses’ Network, Jonathan Gadsby speaks to the potential of the Power Threat Meaning Framework to transform the field of mental health nursing.

“There is going to be much that needs to be thought through about the kinds of what might be called narrative competence that nurses would need to gain (and many would welcome) under the new framework. I am really looking forward to being part of that set of discussions and ideas. These ‘narratives’ are not exactly like anything we know already, because they are going to be as much about the society in which a person finds themselves as about their own events, meanings and responses. They won’t be like a ‘diagnosis’, but will be deliberately speculative, based on some recognisable patterns, which are described loosely in the document and open to further negotiation. A nurse working within the Power Threat Meaning Framework (should they still be called a nurse) will be a person who has a growing consciousness of much about the operations of power in their society and with skills of helping other people gain similar awareness. As someone who teaches mental health nurses to consider the relationship between political ideologies and ways in which mental health is understood, I know that this is not really our current knowledge-base (but I also know how interested we are going to be).” 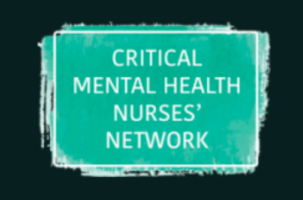