From Pacific Standard: A new study records the prevalence of several different Adverse Childhood Experiences (ACEs) as well as the demographic groups who are most likely to experience childhood trauma.

“The most prevalent ACEs that American children experience are economic hardship and divorce or separation of a parent or guardian. Nationally, one in every 10 kids has experienced three or more of them. Maryland, Massachusetts, and Minnesota had the most children with no ACEs, while in Arizona, Arkansas, Montana, New Mexico, and Ohio as many as one in seven children had experienced three or more. Arkansas had the most ACEs, with 56 percent of all children experiencing at least one, and Minnesota had the least at 37 percent—which is still more than a third of the state’s children.

While Sacks said it’s difficult to ascertain what causes such stark differences among states, one factor stands out: Some of the states with the most ACEs are also those with a high rate of child poverty. And though Sacks and Murphy didn’t look at differences between urban and rural children, the 2011–12 National Survey of Children’s Health found that rural children were more likely to experience ACEs than urban children—due in part to the fact that rural children are more likely to live in poverty than their urban counterparts.” 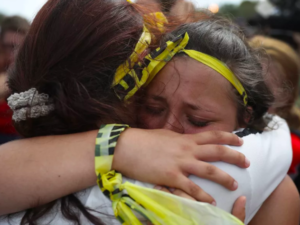