In this editorial for Tidsskriftet, Ketil Slagstad discusses how the Norwegian media’s uncritical coverage of the Lancet antidepressant study points to deeper underlying issues within the field of health journalism.

“If the coverage of the article on antidepressant drugs is representative of Norwegian health journalism, then little has happened in the last 16 years. At that time, a review of news reports on new drugs showed that the articles were uncritically positive, with major deficiencies in referring to adverse effects and costs. Good science journalism requires dedicated journalists with competence in methodology. We also need to ask ourselves whether all criticism of health and science journalism is justified, because what in fact is the task of journalism? No journalists will agree that their role is to act as a mouthpiece for this or that person or body. Rather, modern journalism deals with elucidating conflict, exposing power relationships and functioning as a corrective force to political institutions. In debates on whether the state should finance new, costly drugs, it is easy to criticise the fact that considerable attention is devoted to tragic individual stories. On the other hand, what perspectives receive priority if these individual stories are not told? Would we prefer a type of health journalism that exclusively communicates the message of the health authorities, researchers or the pharmaceutical industry?” 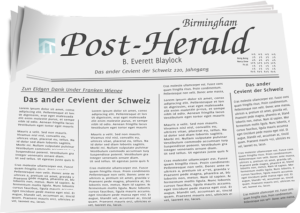