From Wellcome Collection: It has long been assumed that great writers and artists must be touched by madness. However, no link between artistic talent and “mental illness” has been found.

“If there is no link between madness and creative genius, why does the idea remain so pervasive?

One reason is that writers and artists of the Romantic era into which Emile Zola was born valued imagination more highly than reason and judgement. Mental instability, therefore, could be a badge of honour.

Rather than railing against a diagnosis that described him as unbalanced, Zola welcomed Toulouse’s conclusion. In a letter introducing the published results of the investigation, Zola thanked the psychiatrist for debunking his popular image as a coarse, money-hungry labourer. By positioning the writer alongside sensitive intellectuals and creative geniuses, Toulouse had endorsed Zola’s self-perception as an artist ‘trembling and suffering at the slightest breath of air’, who embarked daily on a fresh battle against his own inner doubts.” 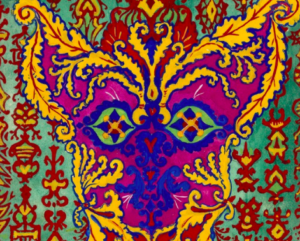