As an increasing portion of the world’s population flocks to live and work in cities, an international team of researchers led by Till Böbel and Sascha B. Hackl collaborated to evaluate the impact of various early environmental factors on stress response in a sample of relatively healthy young adults. The team exposed a sample of volunteers (n = 20), who had grown up in urban, pet-less homes, to a laboratory-based psychosocial stressor and compared inflammatory responses to individuals who’d been raised in a rural setting in the presence of livestock. Consistent with hypothesized results, increased inflammatory responses occurred in participants with urban, pet-less upbringings. 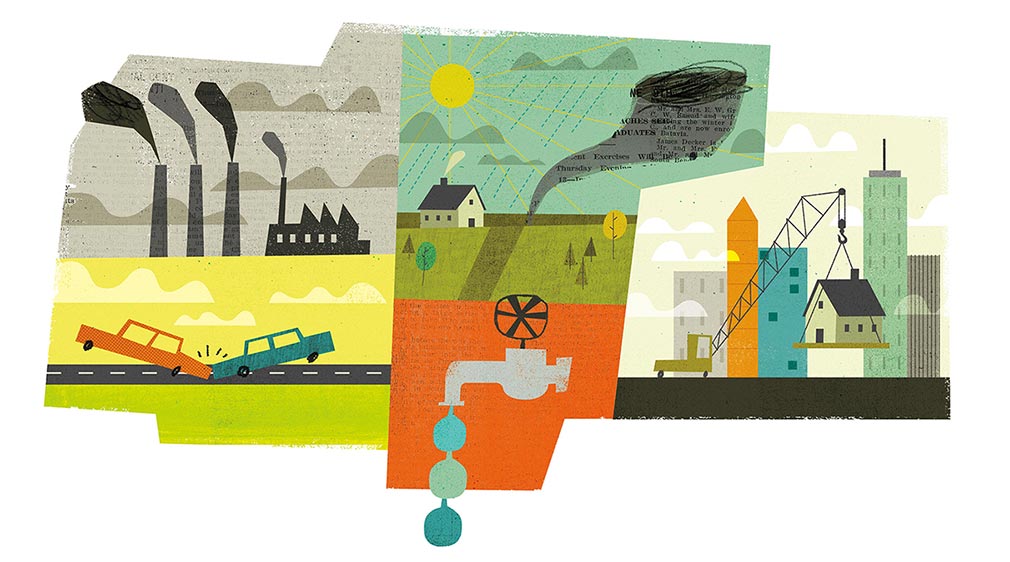 Böbel, Hackl and colleagues’ project was inspired by past research linking a narrow range of microbial exposures to overactive immune functioning. Many studies have indicated that psychiatric disorders are more common in urban populations than in rural communities, and although there are many factors that may contribute to this phenomenon, dysfunctional immunoregulation may play an important role. An overactive immune response is a characteristic of a range of physical and mental conditions, and authors suggest that it may be causally implicated in the pathogenesis of some stress-associated disorders.

According to a 2012 estimate, the risk of receiving a schizophrenia diagnosis is two and a half times larger in urban environments than among those in suburban or rural settings. While supports present in cities, such as structured medical facilities in proximity to residents’ homes, may facilitate diagnosis, city stress may also contribute to the higher incidence of psychiatric diagnoses. Cities are also becoming increasingly crowded. Fifty percent of the world’s population resides in cities, with a predicted rise to 70% in 2050.

Sound, constant activity, general sensory overload, and commute time, are just a few city characteristics that put residents in a state of perpetual alertness, and sometimes, anxiety. As abundant research continues to support relationships between stress, inflammation, and immune functioning, further research regarding the specific environmental factors implicated in high anxiety and associated with psychiatric distress is needed.

Böbel, Hackl, and their team’s work represent the effects of the Trier social stress test (TSST) on a sample of 40 Caucasian, male participants between 20 and 40 years of age who self-identified as nonsmoking, nondrug taking, non-acutely bereaved or divorced, and who had a body mass index between 20 and 30. Half of the participants had been raised in an urban environment in the absence of pets for the first 15 years of life, as pets “potentially reduce the risk of inflammatory disorders,” while half had been raised on a farm that kept farm animals. Minimum thresholds for physical and emotional stability were determined through self-reported health histories and structured clinical interviews.

Böbel, Hackl, and their team’s results reflecting significant differences in effects across most indicators of stress response between participant groups may have meaningful implications in the context of rapid acceleration in urbanization. Similar studies designed to explore diverse populations, and a broader spectrum of health-history and contextual factors, may serve to clarify causation.