From BBC: The abuse of the anti-anxiety drug Xanax is becoming widespread among children and adolescents as young as 11 years old.

“To gain an idea of the scale of Xanax abuse, the BBC sent a freedom of information request to six ambulance services about its call-outs to Xanax ingestion incidents where the patient was aged under 18.

The North East Ambulance Service was the service that provided the most comprehensive details about when Xanax had been ingested – other services recorded all incidents involving the family name of the drug, benzodiazepine – and it said that in 2017 it had attended 240 call-outs for Xanax abuse by children aged between 11 and 18.

Two of the cases last year had been for 11-year-old and there had also been cases recorded in 2014 and 2016 for children of that age.” 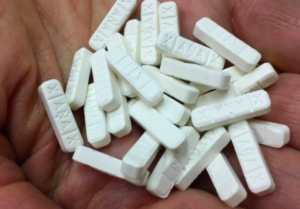 Save the Date! Kids in Crisis: The Overprescribing of Psychiatric Medication