A recent paper, written by Diana Rose from King’s College London, details the process of developing a patient-devised, patient-reported outcome measure. While discussing the complications that surface when engaging in participatory research, Rose—a researcher and former service-user—reflects on the process of working with other service-users to understand the inpatient experience.

“The aim of this process was to develop a measure grounded entirely in the experiences of mental health service users in contrast to how such measures are usually derived,” Rose writes. 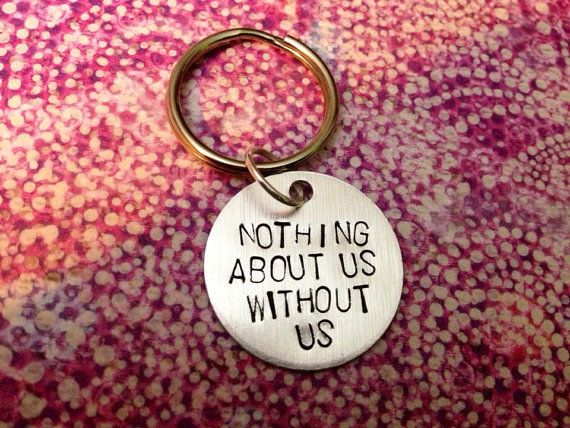 Rose calls attention to the importance of smaller scale, qualitative studies that highlight individuals’ lived experiences in the mental health system. She argues that these studies are necessary as a complement to larger epidemiological studies and the growing fascination with big data research.

In this new paper, Rose focuses on what is known in the field as “participatory research,” a method that hinges on carefully considering the impact of power relations between the “researcher” and the “researched,” and on working to reduce power discrepancies through collaboration. Rose explains:

“One of the founding principles of participatory research, and the one of interest here, is that it should level the power relations between researchers and the community in the research itself: in who sets the research agenda, who drives the research process and governs it and who interprets information. In all these aspects of research, the community are no longer ‘subjects’ but equal partners.”

Implementing this process proves to be difficult, however, and attempts to implement participatory methods can fall short of the aim to level power relations, or even result in a paradoxically disempowering or tokenizing outcomes. This can happen when the process fails to attend to power hierarchies that also stratify within the community of interest, or to the importance of intersectionality.

Rose argues that the central constructs of participatory research are promoted uncritically and need to be examined. For example, she suggests that researchers consider what the idea of “participation” or “community” really means in the context of their study. Rose describes the problematic outlook of a “somewhat messianic view of participation combined with an unexamined concept of the ‘community’ regarded as whole and authentic just waiting for expression given the ‘right’ conditions.”

One way to attenuate the risk involved when using participatory methods is to include researchers who are internal members of the community. In Rose’s new paper, she describes a participatory process that featured “double identity” researchers (individuals who are service-users/survivors and researchers) involved in creating outcome measures from the bottom up. Outcome measures are instruments used to measure the outcome of a particular treatment modality. Often, these measures are determined through the guidance of psychometrics and market research principles rather than through the perspectives of “lay” individuals.

Rose has been involved in studies like these of service-users who have experienced electroconvulsive therapy (ECT). However, in this reflection piece, she explains the participatory process of developing “patient-devised” outcome measures as an adaptation of the popular “patient reported” outcome measures (PROMs) approach wherein patients respond to questions devised by clinicians.

To develop what Rose and colleagues refer to as patient-generated patient-reported outcome measures (PG-PROMs), four focus groups comprised of individuals who had recently been patients at local inpatient wards were used. “They, therefore, had a direct stake in the work undertaken and the significance of their expertise was emphasized at the start,” writes Rose. The project also featured a reference group of people with inpatient experience to guide the study’s construction.

By the fifth group review, the VOICE (Views of Inpatient CarE) measure was created as a PG-PROM for the service-users perception of inpatient wards. Psychometric techniques were also conducted to establish the measure resulting in a project that heavily drew from both qualitative and quantitative methods.

The primary aim of this new paper involves Rose’s reflections on this project as a participatory process in light of the complications that often hamper participatory missions to balance research and power. In addressing some of the setbacks to this particular project, including how one participant remarked that they had forgotten the researchers weren’t psychiatrists, Rose discusses how attempting to have “representation” in study samples is not enough. Even though this sample was representative of gender, ethnicity, age, and sexuality, it still upheld exclusionary practices that leave out the participation of those “lacking in capacity” to participate, who are typically subject to the most coercive experiences.

“This of course is an issue for all research but mostly it figures as a ‘taken for granted’ and not interrogated as to its implications,” Rose writes.

She also calls attention to the disproportionately higher rates of Black and ethnic minority individuals who are “more likely to be detained and compelled, more likely to receive a diagnosis of psychosis, more likely to enter mental health services via the police and less likely to receive psychological services in both the UK and USA.” She writes that representation is essentially insufficient when “anglophone scientific paradigms” are uncritically dictating even participatory procedures. It simply may not be fitted to “adequately capture systemic injustices.”

“Perspectives are not reducible to metrics,” she writes.

Rose also reflects upon ethical encounters in the study, one of which involved Rose and her colleague working alongside an individual to report their experiences of abuse while an inpatient to the Chief Executive of the Trust. She also practices transparency in acknowledging how this project shows traces of the same problems that need to be addressed across participatory methods. She argues that the researchers’ identities as service users/survivors uniquely positions them to recognize and overcome these setbacks.

“The difficulties identified are not proposed as tensions to be ‘solved’ but as dilemmas that can be articulated so as better to facilitate good practice, not reach an unattainable perfect state.”

“Above all,” Rose concludes that this project, “foregrounds the voice of those usually positioned as merely subjects (read objects) of research without assuming that that ‘voice’ is unproblematic or not shaped by the research context itself as well as wider societal structures.”

A University Ethics Scandal Turns Into a Business Opportunity