From The American Psychological Association PsycIQ: “When three women who had been forcibly separated from their children by immigration officials filed a lawsuit on June 25, Claudette Antuña, PsyD, knew her training as a forensic evaluator would be in high demand. The women were among a group of 50 parents seeking asylum who had been transferred to a prison in Washington state. None had seen their children in more than a month.

Psychological testing and psychosocial histories could provide critical evidence for this case and many others now that more than a dozen states are suing the Trump administration over the family separations. ‘We need to be advocates for the refugees,’ says Antuña, whose pro bono evaluations have helped hundreds of immigrants obtain asylum or other forms of legal relief to stay in the United States. ‘There is greater demand than ever for psychologists who can do this work.’

Antuña is one of more than 375 psychologists and other mental health professionals who are part of the Refugee Mental Health Resource Network, an APA interdivisional initiative led by Div. 56 (Trauma Psychology) to help agencies and organizations working with refugees. Psychologists in the network’s database volunteer their services to asylum seekers, refugees, migrants and internally displaced individuals.” 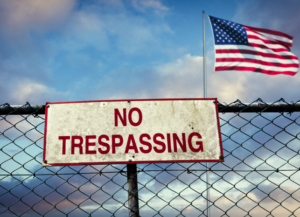