From NPR: “…researchers have conducted an experiment that convinced some of the general practice doctors who prescribe Seroquel most frequently to cut back.

All the scientists did was have Medicare send letters — three of them over the course of six months — to the roughly 5,000 general practitioners who prescribe Seroquel the most.

The letters had two elements: First there was a peer comparison aspect. The doctors who got the letters were told that they wrote a lot more prescriptions for Seroquel than the average for their state — in some cases as many as 8 times more.

The Centers for Medicare and Medicaid Services…was a partner in the study and sent the letters. So, in addition to peer pressure, the notes contained a government warning: ‘You have been flagged as a markedly unusual prescriber, subject to review by the Center for Program Integrity.'” 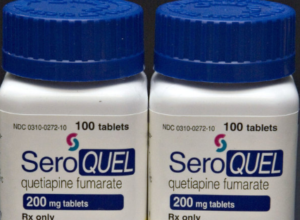