From Alternet: “‘Just about every mental affliction is actually an adaptive response that then becomes a source of problems later on,’ Maté says. ‘People push down their feelings in childhood when the environment of their childhood cannot receive those feelings. In order to stay acceptable to the nurturing environment, the child pushes down their feelings. Thirty years later, they are diagnosed with depression.’

Maté is working on a book that’s tentatively titled The Myth of Normal: Pathways to Health in an Insane Culture. ‘A society that erodes communities and isolates people, which this society does in major ways, that itself is going to create insanity,’ Maté says. ‘That is insanity.’

To explain, he takes a step back in time: ‘We evolved as communal creatures,’ Maté says. ‘We could not have survived on our own [in prehistoric times]. No human being could have survived.’

Imagine a small tribe of indigenous people living in Central America some 2,000 years ago. Positive feelings of community kept humans in groups large enough to foster collective security. Now think of the ways so many of us live today: in 30-story apartment towers where introducing yourself to your neighbors has become a social oddity, and in gated communities where massive parcels of personal property keep families in geographic isolation from those nearby.” 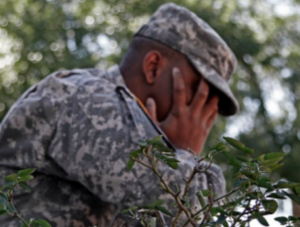