The goal was to speed up the approval of drugs for serious diseases when there was preliminary evidence the new drugs were better than existing treatment options. Giving these drugs ‘breakthrough’ status comes with a side benefit: an evocative name. The word ‘breakthrough’ suggests scientific triumphs and miracle cures to many people, including physicians. Companies and media reports often tout the ‘breakthrough’ designation for experimental drugs that have not yet been proved effective.

A new study published in the Journal of the American Medical Association digs deeply into the studies behind the flood of ‘breakthrough’ therapies that have been approved by the Food and Drug Administration over the past six years and finds many of the trials that supported approval lacked the strongest kind of medical evidence.

‘These drugs are being accelerated through development, and as this study shows, they are being tested on the basis of far less rigorous studies — studies that have substantial limitations to them in terms of their scientific rigor,’ said Aaron Kesselheim, an associate professor of medicine at Harvard Medical School. Kesselheim, who was not involved in the study, thinks the name of the ‘breakthrough’ designation should be changed.” 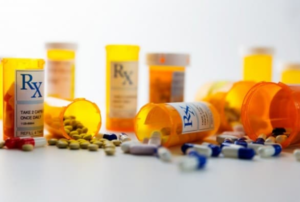