From Science: “Brilinta fits a pattern of what might be called pay-later conflicts of interest, which have gone largely unnoticed—and entirely unpoliced. In examining compensation records from drug companies to physicians who advised FDA on whether to approve 28 psychopharmacologic, arthritis, and cardiac or renal drugs between 2008 and 2014, Science found widespread after-the-fact payments or research support to panel members. The agency’s safeguards against potential conflicts of interest are not designed to prevent such future financial ties.

Corporate payments and other support given to advisers before a drug review are widely acknowledged as troubling. When ‘a voting member of a committee demonstrably had financial associations with the company or the competitor prior to the meeting, and the FDA doesn’t flag it, then somebody’s dropping the ball on due diligence,’ says Yale University physician Robert Steinbrook, editor at large for JAMA Internal Medicine.

Yet benefits that come later, even years after a drug approval vote—jobs, money, professional prestige, and influence—are also fraught, ethicists say. They are a way of ‘postponing your reward,’ says Carl Elliott, a medical ethicist at the University of Minnesota in Minneapolis who has persistently criticized the financial inducements pharma gives to researchers. ‘You do something positive for a company that you feel confident is going to pay you back for it later on. And they do.’

Vinay Prasad, a hematologist-oncologist at Oregon Health & Science University in Portland who has studied financial conflicts in drug approvals, is similarly troubled. ‘The people who are asked to weigh this evidence impartially often stand to gain tremendously in their further professional careers from a positive relationship with the company,’ he says. It might not be a ‘quid pro quo,’ according to Prasad, ‘but you don’t have to evoke that to be very concerned. It’s in their best interest to play nice with these companies.'” 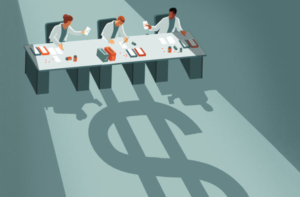