From ACEs Too High News: “On October 3, the U.S. Senate voted 98-1 (only Sen. Mike Lee, R-UT voted nay) to approve The SUPPORT for Patients and Communities Act  (H.R. 6 or previously titled the Opioid Crisis Response Act), a final step before the President’s signature. The House approved the measure on September 28. The Senate approved an earlier version of this legislation on September 17 and, as reported on ACEs Connection, it includes significant provisions taken from or aligned with the goals of the Heitkamp-Durbin Trauma-Informed Care for Children and Families Act (S. 774), including the creation of an interagency task force to identify trauma-informed best practices and grants for trauma-informed practices in schools.

As reported earlier in ACEs Connection, the trauma provisions are the result of ‘extensive engagement’ of the offices of Senators Heitkamp (D-ND) and Durbin (D-IL) staff with Shelley Capito (R-WV), and Lisa Murkowski (R-AK). The opioid legislation represents a rare bipartisan, multiple committee achievement.

An earlier version of the House bill did not include the trauma-related provisions but the final bill incorporates all of the key provisions supported by advocates in the Senate version. One of the advocacy efforts included a sign-on letter organized by the George Washington University School of Public Health and the Campaign for Trauma-Informed Policy and Practice. Over 100 groups and trauma experts signed the letter supporting inclusion of strong trauma-related provisions directed to key Senate and House leaders.” 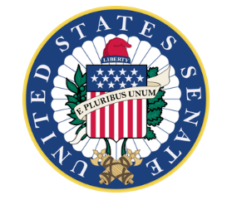