From Children’s Mental Health Network: “In 2011, the United Nations Special Rapporteur on Torture deemed the use of solitary confinement against youth and individuals with mental health disabilities as torture.

I was waived to the adult system at the age of 16, and for three years while I was incarcerated in New Jersey prison, I saw and experienced firsthand the impact of solitary on youth and young adults in adult jails and prisons. I watched fellow inmates crumble under the conditions of solitary. Some committed suicide. Others experienced severe depression and anger. No one walks out of that experience feeling whole or somehow better than they were going in.

Denying individuals any and all access to resources meant to preserve their mental and physical health during incarceration is not rehabilitative, and holding youth, many of whom are suffering from mental illness like myself, in solitary for months and years at a time, is beyond punitive; it is torture. Making a mistake does not justify stripping young people of their humanity. As humans, we need social interaction; we need care; we need touch; we need love. As young people, we need mentors who understand the communities we are coming from, as well as teachers and staff who aim to lift us up in a system that has locked us down.

With this brief, we call on the New Jersey legislature to pass a law ending the use of solitary confinement against youth and young adults in New Jersey prisons. Bills like A. 314, which was introduced in January 2018, are a step in the right direction toward ending the systematic torture of solitary confinement against young people. It is difficult to fully express all of the injustices that thrive in a system that makes young people invisible to the outside, vulnerable to those working on the inside, and voiceless to those in charge of guaranteeing our safety. However, we have the power to change this reality. Contact your state senators and representatives and urge them to allow suffering to make way for healing for hundreds of New Jersey youth and young adults.” 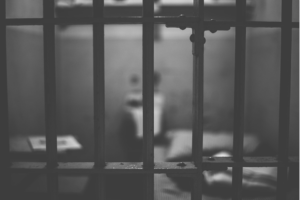