From The BMJ Opinion: “My Senate colleagues and I were aware that the passing of the Sunshine Act was not going to fix everything in medicine—the problems were too entrenched. Yet going forward, there are three potential solutions to fix ongoing problems with financial influence that should be considered.

Firstly, policies on conflicts of interest vary among institutions, journals, and professional societies. This creates honest confusion about which financial relationships need to be disclosed and for how far back in the past or in the future. Experts on financial conflicts should be consulted to create one disclosure form that can be used by researchers to comply with transparency policies at their institution, science journals, or when giving lectures at conferences. Current practices are simply too confusing.

Secondly, when someone is caught not disclosing their financial ties they rarely face disciplinary action. Yet a leading researcher on conflicts of interest has stated that evidence in the field is sufficient to begin treating undisclosed corporate ties as a type of research misconduct. Research misconduct is currently defined by fabrication, falsification, or plagiarism. Government bodies should consider adding unreported financial ties to this definition.

Finally, disclosing financial ties might be insufficient, and one expert has argued that it distracts us from managing and limiting industry interactions to ensure trust in medicine. During many interviews, Senator Grassley stated that if the evidence accumulates that financial ties are harming the practice of medicine, then transparency might not be enough. As evidence continues to accumulate, we may need to look at whether some of these affiliations between doctors and companies should be limited.

All these ideas are worth considering, but first we must change the rhetoric around this matter, and lay distracting zombie arguments to rest. We have the evidence that change is needed, and the time is now to act.” 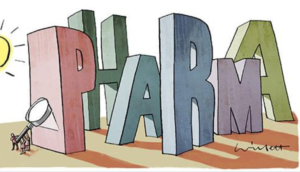