From David Healy/the Indian Journal of Medical Ethics: “The mission of the Cochrane Collaboration, established in 1993, was to systematically review medical evidence with a view to producing the best quality and trustworthy evidence. Twenty-five years later, it is in a crisis that centres on the dismissal one of its founders and the question of access to clinical trial data. The original mission aimed at improving health. In the face of stalling life expectancies, the stakes in the current crisis could not be higher. This essay looks at the crisis in the context of the disastrous effects of medication for paediatric depression on children as a consequence of the suppression of adverse findings from clinical trials. […]

The current figures for medication consumption are almost certainly driven by a hyping of the benefits of medicines and hiding of their harms in ghost-written articles accompanied by a lack of access to the data from studies undertaken. If this has a comparable effect on the health of the population in general as it appears to be having on children’s mental health, then the current crisis in Cochrane represents a defining moment in modern medical history.

While every director of a Cochrane centre has a responsibility to the mouths they have to feed, how can the Cochrane organisation justify tolerating 15 years’ worth of reviews based on ghost-written articles and no scrutiny of trial data due to lack of access? Surely, this has been as deep a betrayal of the core Cochrane mission as it is possible to imagine.” 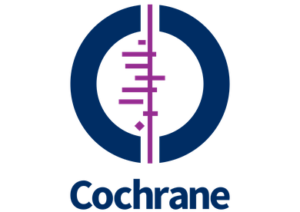