From STAT News: “‘The lack of efficacy data and the (manufacturer’s) inadequate response to safety concerns have not been addressed since the FDA’s complete response letter was sent in 2017. Clearly the issue of the safety of the public is not important to the [FDA] commissioner, despite his attempts to obfuscate and misdirect,’ said Dr. Raeford Brown, the FDA panel chair and a professor of anesthesiology and pediatrics at the College of Medicine at the University of Kentucky. ‘I will continue to hold the agency accountable for their response to the worst public health problem since the 1918 influenza epidemic.’ […]

‘More than a year ago Commissioner Gottlieb endorsed a National Academy of Sciences report that called on FDA to overhaul its opioid policies. In particular, NAS urged FDA to utilize a new risk vs benefit analysis for opioid approval AND removal decisions,’ said Dr. Andrew Kolodny, who heads the Opioid Policy Research Collaborative at Brandeis University and is executive director of Physicians for Responsible Opioid Prescribing, an education and advocacy group.

‘If Gottlieb meant business when he endorsed the report — if he was speaking truthfully when he promised Congress that he would fix FDA’s past mistakes — then he would not have allowed this product on the market. Rather than approving new exceptionally dangerous opioid formulations, he would be pulling the most dangerous opioids off the market.’

‘There is absolutely no need for this product,’ Kolodny concluded. ‘Claiming we need it on the market to help soldiers on the battlefield is ridiculous. We already have sublingual fentanyl product available for use on the battlefield.’

‘It is certain that Dsuvia will worsen the opioid epidemic and kill people needlessly,’ said Dr. Sidney Wolfe, senior adviser at Public Citizen Health Research Group. ‘It will be taken by medical personnel and others for whom it has not been prescribed. And many of those will overdose and die.'” 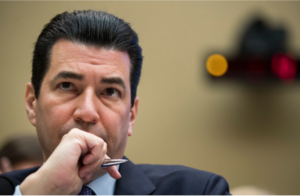