From ProPublica Illinois: “Pavuluri joined UIC’s psychiatry department in 2000 and founded the Pediatric Mood Disorders Program, which drew children from around the country with bipolar disorder and other mental illnesses.

She treated and oversaw the care of thousands of children, including 1,200 in the five years after her research first came under scrutiny in 2013, records show. While at UIC, she secured about $7.5 million in grant funding from the National Institutes of Health.

Pavuluri’s five-year study, ‘Affective Neuroscience of Pediatric Bipolar Disorder,’ used imaging to look at how the brains of adolescents with bipolar disorder functioned before and after taking lithium. The scans were compared with brain images of healthy, unmedicated children.

But federal health officials late last year demanded that UIC return $3.1 million they had awarded her. Officials determined there had been ‘serious and continuing noncompliance’ by Pavuluri, as well as failures by the university’s institutional review board, or IRB, a faculty panel responsible for reviewing research involving human subjects.

Among other findings, NIMH concluded that Pavuluri tested lithium on children younger than 13 though she was told not to, failed to properly alert parents of the study’s risks and didn’t ensure that some female subjects had pregnancy tests though that was part of the study protocol. Pavuluri also falsified data to cover up the misconduct, according to a letter the UIC chancellor wrote to another university official after reviewing a university panel’s investigation.

Pavuluri enrolled 101 children and teens diagnosed with bipolar disorder in the lithium study before it was halted when one of the young subjects became ill. Another 132 children and teens participated as healthy control subjects, including her two sons, a violation of university protocol and generally accepted research practices, ProPublica Illinois found.” 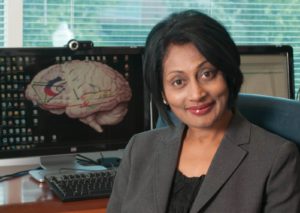