From The Boston Globe: “A prominent North Shore psychiatrist is facing lawsuits from three female patients who say he lured them into degrading sexual relationships, including beatings, conversations about bondage, and, in one case, getting a tattoo of the doctor’s initials to show his ‘ownership’ of her, according to court documents.

The women allege that Dr. Keith Ablow, an author who was a contributor to Fox News network until 2017, abused his position while treating them for acute depression, leaving them unable to trust authority figures and plagued with feelings of shame and self-recrimination. […]

In all three cases, the women say they relocated from other states, at Ablow’s request, to be closer to his Newburyport office where he used a controversial treatment for depression: infusions of Ketamine. The drug, an anesthetic that can induce a trance-like state and memory loss, is sometimes abused but is also used by some clinicians to treat chronic depression. […]

[Three] former employees said they harbored misgivings about his treatment of patients, such as the frequency with which he prescribed Ketamine and his tendency to meet with patients outside of normal business hours.

Janna McCarthy, who worked for Ablow from May 2014 to July 2015, said Ablow would ask her to schedule appointments with attractive women who were ‘sad, lonely’ and struggling with past trauma at times when no else would be in the office. ‘I was concerned that he was engaging in sexual contact with some of these women,’ she wrote.” 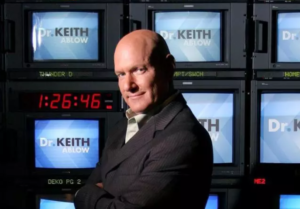