From Medium: “In his book Lost Connections, Johann Hari talks about his decades of work in the fields of trauma and mental health and why he believes that the root of almost everything we suffer through is a severed connection we never figured out how to repair.

At one point, Hari talks about an obesity clinic where patients who were overweight to the point of medical crisis were put on a supervised liquid diet in an effort to try to save their lives. The treatment worked, and many of the patients walked out of the clinic hundreds of pounds lighter and with a new lease on life—at first. What happened later was a side effect no doctor predicted. Some of the patients gained back all the weight and then some. Others endured psychotic breaks and one died by suicide.

After looking into why many of these patients had such adverse emotional reactions, the doctors discovered something important: The time when each patient began overeating usually correlated with a traumatic event they had no other coping mechanism for. Hari summed up the findings like this: ‘What we thought was the problem was very often a symptom of a problem that nobody knew anything about.’

Connection is the experience of oneness. It’s having shared experiences, relatable feelings, or similar ideas.

Of course, the implication is not that every single overweight person is suffering some kind of subconscious trauma. The point is that many of the ongoing problems we cannot resolve are, in fact, symptoms of deeper problems we may not be aware of. In fact, Hari analogizes this to the smoke of a burning house: You can keep waving away the clouds, but without putting out the fire, your efforts will be futile.” 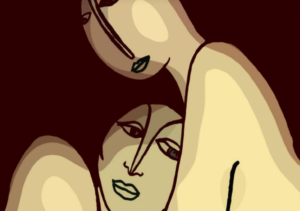