From Healthline: “[Dr. Mary Ann] Block, who treats children with ADHD without medication at The Block Center in Fort Worth, Texas, said she doesn’t see the need for a new drug using the same base ingredient.

‘If a doctor wants to give a higher dose, an older drug can accommodate that,’ she said. ‘The only reason to make another methylphenidate drug is to apply a new patent so that the cost to consumers of the drug can increase.’

Block said any formulation of methylphenidate is ‘highly addictive and much abused,’ similar to cocaine. So much so that the two are used interchangeably in medical research.

‘If a doctor suggested we give a 6-year-old cocaine to help them focus, no one would consider that,’ she said. ‘But change the name to Ritalin, Concerta, or Metadate, and no one objects.’

While some experts question Adhansia XR’s approval after the fact, Purdue Pharma has posted a potential new clinical trial to test methylphenidate in dosages up to 100 mg a day.

A company spokesperson said current manufacturing capabilities limited Adhansia to pills up to 85 mg, but the 100-mg doses are expected to be available early next year.” 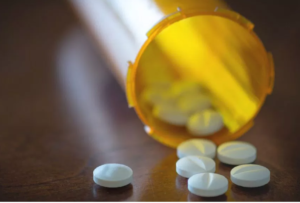