From Medscape: “Esketamine’s trajectory to approval shows — step by step — how drugmakers can take advantage of shortcuts in the FDA process with the agency’s blessing and maneuver through safety and efficacy reviews to bring a lucrative drug to market . . .

The FDA typically requires that applicants provide at least two clinical trials demonstrating the drug’s efficacy, ‘each convincing on its own.‘ Janssen provided just one successful short-term, double-blind trial of esketamine. Two other trials it ran to test efficacy fell short.

To reach the two-trial threshold, the FDA broke its precedent for psychiatric drugs and allowed the company to count a trial conducted to study a different topic: relapse and remission trends. But, by definition, every patient in the trial had already taken and seen improvement from esketamine.

What’s more, that single positive efficacy trial showed just a 4-point improvement in depression symptoms compared with the placebo treatment on a 60-point scale some clinicians use to measure depression severity. Some committee members noted the trial wasn’t really blind since participants could recognize they were getting the drug from side effects like a temporary out-of-body sensation.

Finally, the FDA lowered the bar for ‘treatment-resistant depression.’ Initially, for inclusion, trial participants would have had to have failed two classes of oral antidepressants.

Less than two years later, the FDA loosened that definition, saying a patient needed only to have taken two different pills, no matter the class.

Six participants died during the studies, three by suicide. Janssen and the FDA dismissed the deaths as unrelated to the drug, noting the low number and lack of a pattern among hundreds of participants. They also pointed out that suicidal behavior is associated with severe depression — even though those who had suicidal ideation with some intent to act in the previous six months, or a history of suicidal behavior in the previous year, were excluded from the studies.” 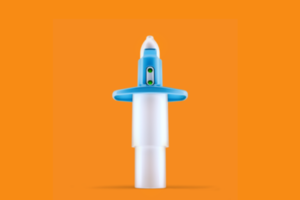