From Medscape: “Investigators conducted a systematic review to examine the evidence supporting the FDA’s approval of digital aripiprazole. They also looked at dissemination of the evidence in the scientific literature and looked for ‘evidence of spin’ in press releases and related news reports.

They found the data submitted to the FDA were limited to trials that only assessed whether patients could use the product as intended.

In other words, said Cosgrove, there were no prospective, double-blind, randomized controlled trials comparing digital aripiprazole with non-digital formulations of the second-generation antipsychotic, or other active comparators or placebo.

None of the studies provided data on remission, quality of life, or any efficacy outcome, and showed no evidence of better adherence with digital aripiprazole compared with the non-digital version.

Cosgrove said there was also ‘clear evidence of ghostwriting in the dissemination of the trial data in the sceintific literature. This finding adds to the concern about high-tech medical companies operating in a climate of “stealth-research,” where their products are sheltered from the scrutiny of other scientists.'” 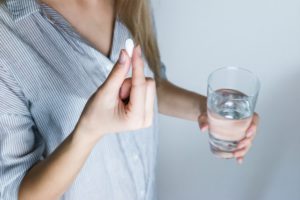