From Truthout: “What do you think are the causes of the mainstream media’s failure to do its job with respect to the institution of psychiatry?

Robert Whitaker: I think there are several factors that have led to this enduring failure.

In the early 1980s, the APA launched an effort to sell its DSM III ‘disease model’ to the public, and that meant telling its story through the media. It held media days and gave out awards to reporters who best echoed the story that the APA wanted told, and so, soon the public was learning that psychiatric researchers were making great advances in identifying the biological causes of major mental disorders. They were discovering that depression, schizophrenia and other disorders were caused by chemical imbalances in the brain, and then, starting with the arrival of Prozac on the market in 1988, we heard that a new generation of psychiatric drugs fixed those imbalances, and thus were like ‘insulin for diabetes.’

This fit into a much larger narrative of advances in medicine that the mainstream media is poised to run with. In 1985, the Baltimore Evening Sun won a Pulitzer Prize for telling of these amazing advances. When Prozac was brought to market, the pill itself was featured on the covers of Newsweek and New York magazine. It could make depressed people feel ‘better than well!’

This story, of course, was totally unhinged from any scientific reality, and in the early 1990s, various individuals and groups began raising a concern that Prozac could increase the risk of suicide. The Prozac trial data submitted to the Food and Drug Administration (FDA) revealed this risk; there were case reports of Prozac suicides that have been submitted to the FDA’s MedWatch program; and a study of healthy volunteers revealed that Prozac could induce suicidal thoughts even in this group.

However, while the concern was a real one, the most prominent group raising it was Citizens Commission on Human Rights, which is affiliated with Scientology. That presented Eli Lilly [the manufacturer of Prozac] and its academic ‘thought leaders’ with an obvious strategy for dismissing this risk. They told the media that this was a charge raised by Scientologists, and thus, from the media’s perspective, you had academic psychiatrists on one side and cultists on the other, and who was the media going to believe? Going forward, this was a strategy that was bound to intimidate reporters, for their careers could be at risk if they were seen as lending credence to Scientologists. The Scientology card was psychiatry’s ace in the hole; it helped still media criticism for decades.

Next, there was a great expansion in the use of psychiatric drugs in our society in the 1990s, which touched the mainstream media at a personal level. At any newspaper or magazine or publishing house of any size, there would be editors or reporters who were taking a psychiatric drug, or members of their family who were. That regularly made them personally invested in psychiatry’s narrative of progress and resistant to criticisms of the drugs. If you have a child diagnosed with ADHD and taking a stimulant, you probably aren’t going to want to hear that ADHD is a ‘construct’ and that stimulants may have long-term adverse effects.

Finally, there was the influence of money. Pharmaceutical companies marketing their psychiatric drugs poured money into television and print ads, and that flow of money inhibited critical coverage of psychiatry too. Add all these factors together, and you have a mainstream media primed to embrace the conventional narrative of progress, as told by academic psychiatrists, and primed to discount research and critiques that challenged it.” 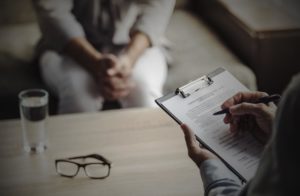