From The Guardian: “For survivors of childhood abuse, the potential long-term impact of their experiences is only beginning to be exposed; taboo, secrecy and shame still prevail. Yet, slowly, as inquiries are held and more cases come to court, greater numbers of adult survivors of childhood abuse are beginning to come forward. While some can cope well, for others lives and families are torn apart as the root causes remain hidden. Is society doing enough for adult survivors, who, too often, are overlooked, pathologised and criminalised? . . .

Survivors say that many professionals don’t recognise trauma, and they don’t ask the right questions because they don’t know how to handle the response . . .

In May, the all-party parliamentary group (APPG) on adult survivors of childhood sexual abuse published a report that drew on a survey of 365 survivors. Long-term consequences of abuse may include physical ailments, changes in brain function and development, post-traumatic stress disorder, obsessive compulsive disorder and dissociative disorder, an involuntary flight from reality that may include significant memory loss, depression and suicidal thoughts.

‘Deflection, denial and disbelief‘ has too often greeted those who speak out about abuse. Yet its scale is clear. The number of recorded sexual offences against children under 16 in England and Wales more than doubled in the four years to 2017 from 24,085 to 53,496.

‘Adult survivors don’t always present as the perfect victim,’ explains Gabrielle Shaw, chief executive of the National Association for People Abused in Childhood (Napac). ‘We all need to understand better that the question isn’t, “what’s wrong with you?” but “what happened to you?”‘

Dr Carol-Ann Hooper, Visible’s evaluator, says: ‘In the US, the term “parallel justice” has been coined to argue for reparation for victims to take its place alongside the prosecution of offenders to enable survivors to heal and rebuild their lives. There is also a significant income-based justice gap. Those who can afford to pay for therapeutic help have options, those who can’t, may have none.'” 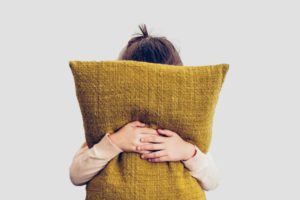