From New Statesman: “In December 2008, while forcibly evicting tenants from a concrete high-rise in south London, Southwark Council pulled off a remarkable feat of complacency. Though residents didn’t know it at the time, every flat in the development that replaced the Heygate Estate would be sold to foreign investors, despite the council’s repeated promises of new social housing.

Recognising that people were ‘stressed’, councillors hired life coaches and ‘spiritual ministers’ to run workshops teaching residents how to progress emotionally. The company behind the workshop, the Happiness Project, was founded by the British positive psychologist Robert Holden, the author of Shift Happens! The firm’s motto was: ‘Success is a state of mind; happiness is a way of travelling; love is your true power.’

That people about to lose their homes were stressed is hardly surprising. The council encouraged residents to look inwards, towards their brain chemistry, and in doing so cast itself as a solution, rather than a cause of the problem. Its response typified the idea of ‘magical voluntarism’, which the writer Mark Fisher described as ‘the belief that it is within every individual’s power to make themselves whatever they want to be’.

The connection between stress and economics is well documented. In their 2009 book The Spirit Level, Kate Pickett and Richard Wilkinson identified a strong correlation between inequality and poor reported mental health. In a report published last month, Dr Dainius Puras, the UN’s special rapporteur on health, stated that confronting inequality would be a more effective prophylactic for poor mental health than excessive therapy or medication.

Yet governments often opt for treatments that focus on the individual rather than social maladies. ‘Most don’t want to be thinking about how their policies might be contributing to problems in the first place,’ says David Harper, a clinical psychologist at the University of East London . . .

‘An industry has formed around the “stressed subject”,’ says Ronald Purser, a long-standing Buddhist and academic at San Francisco State University. His particular concern is the commercialisation of ‘mindfulness’, whose original status as a radical Buddhist practice has been almost entirely lost. ‘The dominant mindfulness narrative is that stress is all inside your own head,’ he says. ‘You can’t separate the individual from the environment. We’re embodied social beings.’

. . . In his new book McMindfulness, Purser takes aim at the lucrative ‘mindfulness’ industry, which was worth an estimated $4.2trn (£3.4trn) in 2017. More than 100,000 books for sale on Amazon have a variant of the word in their title. The US military offers mindfulness training classes. In 2007, Google launched a mindfulness course called ‘Search Inside Yourself’, which has been spun into a non-profit body. ‘That’s when I really became suspicious,’ notes Purser.

The mindfulness movement took off in 1979 when one of its progenitors, Jon Kabat-Zinn, founded a stress reduction clinic at the University of Massachusetts – the same year Margaret Thatcher became prime minister and a year before Ronald Reagan was elected as US president. Purser argues that mindfulness has become the perfect coping mechanism for neoliberal capitalism: it privatises stress and encourages people to locate the root of mental ailments in their own work ethic. As a psychological strategy it promotes a particular form of revolution, one that takes place within the heads of individuals fixated on self-transformation, rather than as a struggle to overcome collective suffering.” 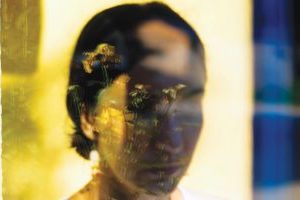