From Scienceline: “Rather than having our own racial category, U.S. residents originating from the Middle East and North Africa (MENA) are made to check off ‘white’ on their health forms. Even for someone like me, just arrived and whose jet-lag still hadn’t worn off, checking off that ethnic box was alienating. I couldn’t imagine what it would be like for those who had grown up here, and all the times they were made to check off a box that wasn’t theirs.

Beyond cloaking millions of people in invisibility, the lack of a MENA ethnic box has also proven problematic when trying to conduct research on the minority group’s mental health. Approximately 3.7 million Americans claim Arab ancestry, according to estimates by the U.S. Census Bureau. But there is no way to obtain nationwide data on Arab-Americans’ health because they are not identified as an ethnic group. This leads to major health disparities and an inability to provide for the group’s medical and psychological needs . . .

The mental health experts I spoke to for this piece, all of whom work with the MENA community, agree that Arab ethnicity in America is in itself a source of anxiety and depression under the current political climate.” 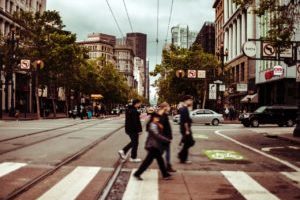