From The BMJ Opinion: “For years people trying to reduce their antidepressant medication have reported experiencing withdrawal symptoms. We have also known for some time that prescribing opiate medication for pain is ineffective beyond a few months. Despite this, prescriptions for opioids have been on the increase until recently and there has been a substantial rise in antidepressant prescribing. Public Health England (PHE) responded to these concerns by reviewing the evidence we have on a range of prescribed medicines that carry a risk of dependency.

The report’s publication made headlines earlier this week for its finding that one in four adults in England were prescribed one of these drugs in the year ending March 2018. Yet it’s worth focusing on what the report reveals about antidepressants and opioids, particularly its finding that the highest proportion of patients receiving prescriptions for antidepressants and opioids is located in areas of greatest social deprivation. This won’t surprise many healthcare workers who meet the individuals behind these statistics every day.

For many patients, clinical depression and pain are more than a solitary psychological or physical problem. Yet as clinicians we can feel as impotent as those we treat to effect a change in the numerous other factors that may influence the course of physical or psychological pain. Depression, for example, can be triggered and maintained by poor housing, unemployment, and grief. None of these medications are cures for social deprivation but they do inoculate against lack of hope—they are effective in making you feel different. If you’re in a place physically, psychologically, and socially that you can’t escape and your chances of ever doing so are minimal then feeling different is attractive.” 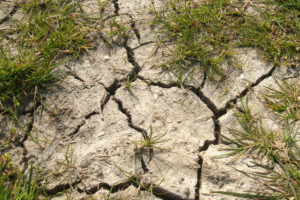