From USA TODAY: “When Oklahoma Attorney General Mike Hunter announced in March that Purdue Pharma would pay the state $270 million to settle a lawsuit linked to the opioid epidemic, he declared the agreement ‘begins a new chapter for those struggling with addiction.’

The deal also appears to be part of the latest chapter in a saga where U.S. corporations trim their tax bills by writing lawsuit settlements off on their taxes.

Congress blocked many of those tactics in a major tax-cut law passed in 2017. However, a few initial settlements among the thousands of opioid lawsuits show the regulatory cat-and-mouse game continues.

In a settlement with Purdue Pharma, the payments will go to a new foundation and a center researching pain and addiction. An agreement with Teva Pharmaceuticals USA specified the firm’s payment would be restitution, not a penalty. And a settlement with McKesson declared the transaction wasn’t a fine, penalty, punitive damages, or forfeiture – all terms that might carry weight when companies file their taxes . . .

Corporate write-offs of government settlements exact a financial toll on millions of average Americans, according to reports by the U.S. Public Interest Research Group Education Fund, a government watchdog organization.

‘When corporations deduct settlements for wrongdoing, the public is doubly harmed,’ the organization warned in a 2015 report.

Settlements aren’t seen as a deterrent if companies can write them off on their tax returns, it said. And other taxpayers ‘must shoulder the burden of the lost revenue in the form of higher taxes for other ordinary taxpayers, cuts to public programs, or more national debt,’ the report said.” 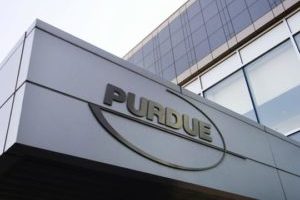