From The Guardian: “The disclosure of such widespread substandard care in mental health facilities run by non-NHS providers has prompted psychiatrists to call for a public inquiry to investigate . . .

In its latest inspection report [the Care Quality Commission (CQC)] disclosed how it found a patient with ‘unexplained injuries’, opportunities for patients to kill themselves and staff asleep while on duty at Cygnet Newbus Grange hospital, in Darlington . . .

It is the sixth time this year that the CQC, England’s regulator of standards in health and social care, has deemed a mental health unit run by Cygnet to be inadequate.

The watchdog has expressed serious concern about what its inspectors found at Newbus Grange, including residents – men with autism, learning disabilities and complex needs – being restrained by staff using ‘inappropriate techniques’ and no effort made to reduce obvious risks of suicide . . .

Earlier this month Sean McNulty, a member of staff at Newbus Grange, was jailed for abusing and ill-treating residents. Sentencing him to two years and eight months in prison Judge Peter Armstrong said he was a ‘sadistic bully’. CCTV footage had shown McNulty punching, kicking or slapping one patient 15 times.

Cygnet is also the company which ran Whorlton Hall, in Durham, another unit for people with learning disabilities and autism, where a BBC Panorama investigation in May showed staff abusing residents. Ten people were arrested by police. 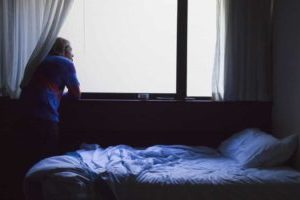