From CNN: “‘It’s really not “the opioid overdose epidemic” but the “opioid and …” overdose epidemic,’ said Dr. Chinazo O. Cunningham, an internist and a professor of family and social medicine at the Albert Einstein College of Medicine.

‘It’s not just one substance, here. The focus has been on opioids but we need to expand the way that we’re thinking about it,’ she said. ‘I think many of us feel that if we don’t turn our attention to benzodiazepines, if we ignore this pattern that we’re beginning to see, we may very well find ourselves in the same position that we have with opioids.’

In 2016, Cunningham and a team of co-authors published research that showed the number of adults filling a benzodiazepine prescription in the US increased 67% between 1996 and 2013, rising from 8 to nearly 14 million. The amount of benzodiazepine medicine in a prescription also doubled over this time period.

According to the National Institute on Drug Abuse, overdose deaths involving benzodiazepines rose from 1,135 in 1999 to more than 11,537 in 2017, driven by the combination of a benzo with an opioid — something so dangerous the FDA has begun issuing black-box warnings against mixing the two drugs.” 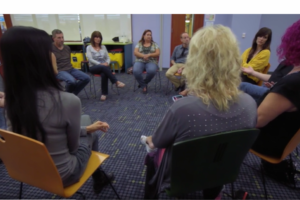