From the Tampa Bay Times: “Over the past seven years, children have been taken from public schools in Tampa Bay more than 7,500 times and temporarily placed in mental health facilities.

They often leave campus handcuffed in the back of police cruisers. Some are as young as 6.

The numbers are climbing here and across Florida under the Baker Act, a 48-year-old state law used to involuntarily commit people deemed a danger to themselves or others.

Inside schools, officials are invoking the Baker Act more readily as increasing numbers of young people fall into depression or attempt suicide, and as efforts intensify to prevent mass shootings at the hands of troubled students.

But a Tampa Bay Times investigation points to glaring weaknesses in the system — from a lack of parental consent, to students being wrongly committed, to facilities that put students in harm’s way. The Times found cases of children being improperly housed with adults in mental health centers, or being sexually or physically assaulted while in their care.

Florida lawmakers have done little to address problems or increase accountability. The state does not even track what’s happening in schools.”

An Autistic Child Melts Down. An Officer Makes a Decision. A Family Suffers the Consequences. Article →­ 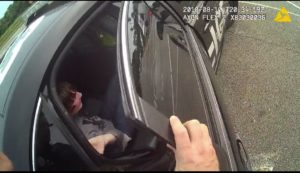