From CNN: “Elizabeth Wurtzel, the author whose 1994 memoir ‘Prozac Nation’ ignited conversations about the then-taboo topic of clinical depression, has died. She was 52 …

Not only was the book was a window into a hidden world of depression that resonated with other young woman and people across the country, it also invited widespread criticism and debate for its unapologetic, self-reflective nature.

However, the way Wurtzel discussed Prozac in the book, then a relatively new drug, having been approved by the FDA in 1988, meant it stood as a cultural standard against which future conversations about antidepressants and mental health would be measured.” 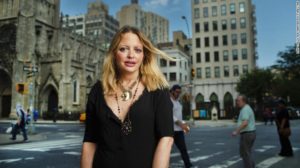