From Queerty: “Allowing same-sex couples to marry leads to a significant drop in the rates of suicide in gay and lesbian people. That’s the findings of a major survey carried out in Sweden and Denmark.

…[Researchers] looked at the suicide rates among those entering same-sex marriages between 1989 and 2002, and then between 2003-2016. The suicide rate fell by 46% between the two samples.

It’s been noted in other studies that married people – of all sexualities – are less likely to die by suicide, and the suicide rate in both countries has fallen in recent years. In the same study, the suicide rate for those in opposite-sex marriages fell by 28% between – still significant but not as great as the figure for those in same-sex relationships.” 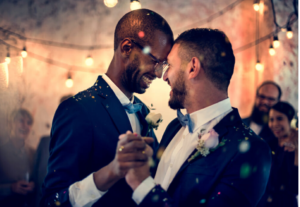