The Michigan schools are among roughly 1,400 districts across the United States that have hired Gaggle, an Illinois-based company, to use artificial intelligence and staff to search nearly 4 billion emails and school-email based documents last school year for examples of bullying, inappropriate behaviors, school violence and other harmful situations inside students’ communications.

The practice has raised concerns among civil libertarians. But the company claims to have prevented 722 suicides last school year based on feedback from school officials on specific cases.” 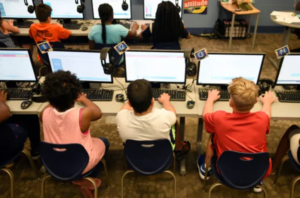