From Psychiatric Times/Conversations in Critical Psychiatry: “In recent years Lisa Cosgrove, PhD, has emerged as a leading expert on how pharmaceutical industry and academic guild interests have shaped the evolution of psychiatry, which she discusses using the framework of institutional corruption. She has been working with the United Nations Special Rapporteur, Lithuanian psychiatrist Dainius Pūras, to develop a framework that emphasizes the right to health and the global burden of obstacles. She criticizes the dominant paradigm in psychiatry and advocates for a social justice and rights-based approach to psychiatry that is thoughtful, measured, and persuasive. A good introduction to her work is the chapter ‘The Influence of Pharmaceutical Companies and Restoring Integrity to Psychiatric Research and Practice’ (co-written with Akansha Vaswani) in the 2019 book Critical Psychiatry: Controversies and Clinical Implications, edited by Sandra Steingard.” 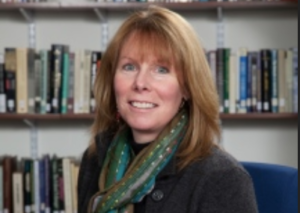