From the Midwest Center for Investigative Reporting: “American farmers produce nearly all of the country’s food and contribute some $133 billion annually to the gross domestic product.

Yet they now are saddled with near-record debt, declaring bankruptcy at rising rates and selling off their farms amid an uncertain future clouded by climate change and whipsawed by tariffs and bailouts.

For some, the burden is too much to bear.

Farmers are among the most likely to die by suicide, compared to other occupations, according to a January study by the Centers for Disease Control and Prevention. The study also found that suicide rates overall had increased by 40% in less than two decades.

The problem has plagued agricultural communities across the nation, but perhaps nowhere more so than the Midwest, where extreme weather and falling prices have bludgeoned dairy and crop producers in recent years.” 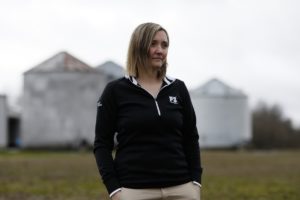