A half century ago a “radical caucus” formed in the American Psychiatric Association. The group, while somewhat small, felt that mental medicine needed to undergo change. The caucus also worried about the United States as a whole. Racism. Sexism. Poverty. Dislocation. The Environment. Militarism. Political divides. Corruption. Sound familiar?

As we reflect on the #MeToo era, Harvey Weinstein, Jeffrey Epstein, and other deeply unseemly characters in 2020, it’s important to note that women’s issues and mental health were embedded in radical mental medicine fifty years ago. Feminism and sexual politics in the late 1960s and 1970s led to a reassessment of gender-based hierarchies in the mental health establishment. And transformative change was the result. These changes occurred because of the actions of both patients and doctors.

Back then, psychoanalysis and psychopharmacological interventions were criticized; both Freud’s focus on sexual fantasies and the use of “mother’s little helpers” (benzodiazepines) came under fire. Critics drew from second-wave feminism to refocus on the role of women in mental health.

Radicals criticized psychiatry for reinforcing notions of the dutiful mother and obedient housewife, suggesting psychiatry (and pharmaceuticals, yes) were a means to regulate women. Those women who did not behave “properly” risked ending up in psychiatric care and possibly chemically sedated, or worse. Works like Betty Friedan’s The Feminine Mystique, for instance, suggested that mass tranquilizer use during the 1950s had pacified women and had facilitated women assenting to the limits imposed on them.

Other books besides The Feminine Mystique displayed the complicity and willing participation of mainstream psychiatry in disciplining women, and placing constraints on what was regarded as unfettered emotional, sexual, and artistic activity. Sylvia Plath’s The Bell Jar, published in the United States in 1971, as well as the publication of Virginia Woolf’s five volume diaries (1977–1984) underlined women’s experiences with mental illness and raised awareness of the dangers women faced at the hands of the mental health system.

Altogether, these books humanized the suffering and the social controls that women had to deal with if they didn’t act according to the so-called norm or accept their role in American society.

Later, the work of feminist sociologist Kate Millett grew as a significant element of antipsychiatry and patient power. In 1970, Millett wrote an academic study of patriarchy in Western literature, Sexual Politics, but she later offered memoir-style works focusing on her relationships and sexuality throughout the decade, such as Flying (1974) and Sita (1977).

Even later, Millett became a dominant figure within the American anti-psychiatry movement when she wrote her 1990 memoir, The Loony-Bin Trip. It chronicled her harrowing psychiatric experiences, including her diagnosis of “bipolar” disorder, her struggle with deadening lithium, and her psychiatric confinement. Millett, in retrospect, brought together important disparate ideas about freedom, sexuality, and anti-psychiatry, and she communicated these to broad audiences in the United States.

And what of other activist patients, like Millett? The “ex-patients” movement grew in this era, including the “anti-psychiatry,” “mad liberation,” and “psychiatric survivor” movements. While the movement lacked distinct leadership, Judi Chamberlin was crucial. Chamberlin’s On Our Own: Patient-Controlled Alternatives to the Mental Health System, was published in 1978 to much acclaim. It would later be hailed as the movement’s Bible/Koran/Talmud/Vedas/I Ching.

Was there a glue for the collection of interlocking movements across the country? If anything, the movements communicated through Madness News Network. As Chamberlin put it: ‘In various places across North America there are even single, isolated individuals who are genuine participants in our movement.”1

Additionally, the first annual Conference on Human Rights and Psychiatric Oppression was held in 1973.

Looking back, Chamberlin was a fascinating and intrepid person. In thinking about how patients and radical psychiatrist parted ways, she had signaled a missed opportunity to confront “hip professionals” and to discuss “real alternatives,” in addition to challenging the mental health professional “who made money off human suffering while presenting themselves as radicals.”2

Chamberlin thought the patient “movement is very open, very fluid,” but she herself came to be accused of elitism. Being reflective and thoughtful, she posited that “maybe I’m just blind to it.”3

In 1969, two feminist psychiatrists, Hogie Wyckoff and Joy Marcus (in California), added their energy and intellectual imprint to radicalism in mental medicine. Wyckoff turned a harsh spotlight on the multiple ways in which women were alienated, including through coercive or unsatisfactory sexual experiences, withholding of recognition for and minimization of their work, and the induction of self-contempt for themselves and their bodies.

At the same time, she patently rejected individual therapy (writing, “there are no individual solutions for oppressed people”) and described the shape and outcomes of radical feminist therapy. She proved highly influential in shaping radical documents I’ve come across.

(In Miami that same year, 1969, the “Women’s Caucus,” a subgroup of the Radical Caucus, had advocated that birth control information and devices be made freely available to women of all ages.)

Dr. Phyllis Chesler, a hugely important figure, was an especially persuasive and influential radical. In 1969, she established the Association for Women in Psychology, completed her PhD at the New School for Social Research, and became a practicing psychotherapist in New York City.

Chesler also pushed the limits of the conventional patient-therapist relationship, and thereby challenged men in the profession.

“Are you sure you want to sleep with your psychotherapist?” she asked New York Magazine readers in June 1972, a time when none of the major American mental health associations had enacted ethical codes disallowing sexual encounters on the treatment couch. The article she wrote was called “The Sensuous Psychiatrist” and it illuminated the often unspoken, exploitative aspects of therapy in the late 1960s and 1970s.

It was illustrated with a photograph of a distinguished, silver-haired older man embracing a young, attractive woman as they reclined together on a leather couch. (Kind of creepy.)

The article focused on the potential abuse of authority, gender inequalities, and the need to think more critically about the ways in which patients interacted with service providers. Chesler wrote that “most doctor-patient sex” was a “psychological form of such ‘incest’ as well as being medically unethical and legally questionable.” According to Chelser, numerous psychoanalysts believed a turn-on might actually have therapeutic uses. Sadly she was right. Many therapists regarded sex with patients—a romp on the couch—as a potentially “productive element of the therapeutic process.”

Radical women in the 1960s and 1970s pushed back against orthodoxy in mental medicine, but also against wider patriarchy in the country. They challenged cultural and medical norms.

In 2020, we are seeing in the #MeToo movement a vital resistance against sexual assault and sexual harassment, which themselves lead to poor mental health. And in the current climate we see the vestiges of the past. Yet depression, social anxiety disorders, and migraine disorders all appear on the rise. Mental illness, according to the World Health Organization, will become the planet’s most common illness in the next two decades, meaning it is crucial to recognize the history of how women and feminism have impacted current debates and can continue to do so in the future.

Lucas Richert’s new book, Break on Through: Radical Psychiatry and the American Counterculture, describes the influence of radical approaches to the mental health system in the 1970s. 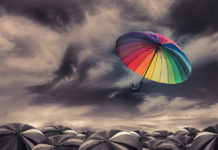 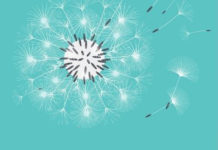 We’ve Been Too Patient: Voices from Radical Mental Health 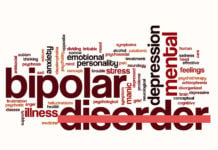