From Psyche: “These thinkers recognised a number of mental and behavioural disorders as illnesses (bing), which were categorised and discussed in the earliest-known medical text in China, the Huangdi Neijing Lingshu Jing (the oldest parts of which date to the 4th century BCE). This text describes a number of mental illnesses, most prominently dian, marked by ‘unhappiness, headache, red eyes and a troubled mind’, and kuang, marked by ‘manic forgetfulness, flying into rages’ and ‘wild activity’, among other symptoms. Early Chinese medical scholars understood such mental illnesses to have a number of contributing causes, including overabundance of emotion, failure to control desires, the depletion of ‘vital energy’ from the organs – and the community to which one belongs.” 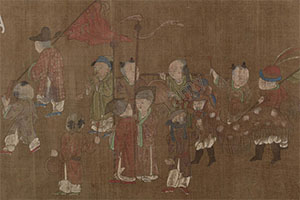