Suicide risk assessments don’t work. I mean, they work in some ways. They’re good at engendering fear, causing and/or resurfacing trauma, and throwing the assessor and person being assessed into an unspoken game of “What do I say to get to where I want to go?” But as far as actually predicting suicide? They just aren’t effective. No, I don’t say that because I hold “radical fringe perspectives,” or any other way in which someone may frame my words in an attempt to discredit them. Nope, that suicide risk assessments don’t work well to identify who is truly going to act on suicidal thoughts or words is a pretty widely known fact, at least among researchers. Don’t believe me? Well check out what this guy (Joseph Franklin) has to say:

about as well as random guessing. In other words, a suicide expert who conducted an in-depth assessment of risk factors would predict a patient’s future suicidal thoughts and behaviors with the same degree of accuracy as someone with no knowledge of the patient who predicted based on a coin flip. This was extremely humbling—after decades of research, science had produced no meaningful advances in suicide prediction.”

I mean, if the white, conventionally attractive Harvard man says it’s so, then it’s no longer “radical,” right? Of course, Franklin immediately followed that statement up with this nonsense, soooo….

“The findings do not necessarily mean that widely used risk guidelines are invalid or useless, or that therapists should abandon them. As most of these guidelines were produced by expert consensus, there is reason to believe that they may be useful and effective. We recommend that these guidelines remain in use but emphasize that there is an urgent need to evaluate these guidelines within longitudinal studies.”

Ah, privilege and power. How closely they are linked. In any case, risk assessments fail us in many regards. Not only are they no better than a coin flip overall, but they’ve seen no improvement in accuracy outcomes in over 40 years. Then there’s the small matter that suicide risk assessments are often used to measure whether or not someone should be held in a psychiatric facility, but holding people in psychiatric facilities (particularly where coercion or force are involved) raises the risk of suicide, all potentially without ever even finding out why someone wanted to die. Great.

If not for the reminder of how power and privilege rules all (courtesy Harvard guy), it’d be a real mystery as to how suicide risk assessment continues to be considered a best practice. Tools that are no better than coin flips aren’t really tools at all. And yet, when presenting on this information in public forums it is not at all unusual that someone (usually a provider of some sort) raises their hand and says, “But what about the other 50% that suicide risk assessment saves?”

There are many things wrong with that question, not the least of which is the idea that stopping someone from killing themselves in the moment constitutes their having been “saved.” In fact, it reminds me of the opening quote I used in “Suicidal Tendencies, Part III: So, When Do I Get to Call the Cops?”:

“What if the key to saving someone is to admit you are powerless to save anyone at all?” 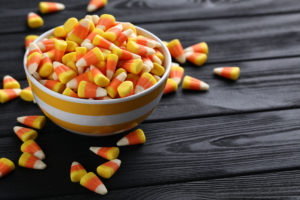 In order to best illustrate this point, let’s pretend we have a pile of candy corn. As it turns out, research suggests that around 50% of the population likes candy corn. (Reminder: Suicide risk assessment has been found to be about 50% accurate—at best— at predicting actual suicide risk. Just ask Harvard guy.) Now, if I give a room full of people candy corn, assuming they more or less follow the statistical prediction, about half of them will like that candy corn, and the other half will be disappointed. However, 0% of them will be harmed (unless the candy corn was poisoned, I suppose). At worst, they’ll throw it away, or stuff it in a pocket to bring home to their kids before moving on entirely. (When I first started testing out this way of explaining the matter, I used chocolate bars… but too many people like those!)

On the other hand, unlike with candy corn, if we take 100 people in distress and give them suicide risk assessments, a significant portion of people who aren’t helped will be actively harmed. How? Here are but a handful of examples:

Given that research also tells us that 95% of those marked “high risk” based on suicide risk assessments will not die of suicide, that sure leaves us with a lot of “false positives” to potentially be harmed. But, let’s add a few other points to the mix. First, it’s worth noting that it’s unclear what the 50% rate of efficacy even means when it comes to suicide risk assessment. We speak of it often as a way to discredit risk assessments as standard practice, but rarely do we dig deeper into what “effective’ actually means. For example, does the research count among its successes the ongoing incarceration of a woman I recall my nurse friend talking about who attempted to kill herself by jumping in front of a train, and who has now spent about a decade wandering the halls of a state psychiatric facility… still wanting to die? Yes, what is counted as a positive outcome or success in research is a longstanding issue most often defined by those in power (i.e. rarely those most directly affected), and not often rooted in “help” that truly helps. For the most part, I think the “success’ in this case refers almost entirely to the simple ability to predict, whether or not someone goes on to live or die, and that’s not much of a success at all.

Finally, perhaps the most important point is that we do have other choices. Ones that are more like that candy corn, that may not work for everyone but don’t cause harm. Instead of tromping down the path of “do you have a plan,” or some of the traumatizing nonsense found in the much-lauded Columbia Suicide Severity Rating Scale, we can instead focus on validation, genuine curiosity, sharing of ourselves, and finding new ways to form connections that might help tether someone to this world. That won’t prevent all suicide, but death by one’s own hand has existed since the beginning of time. However, in a world where we’re always going to lose some people, we would do best to actually evaluate where the biggest losses are likely to fall, and precisely what happens to those who stick around. Otherwise, we actually become complicit in people’s deaths over the long term for the sake of making sure they stay alive right now.

Suicide risk assessments don’t work, and they can be harmful. They aren’t anything like candy corn, even if they merit the statistical comparison. Thus, we need to stop talking about that 50% figure as if it represents anything so neutral as preference in sweets. As we watch suicide rates climb, we need to remember that real lives are on the line. Continuing to center risk assessments simply because Harvard guy and a host of other people in power are caught with each other in a loop of mutual appreciation and denial of the facts that even they profess is never how best practices should be defined. When left with a choice between suicide risk assessment and candy corn, I’ll choose the corn every time.