From The New York Times: “Still, Trump officials appeared determined to make the standoff personal. Kenneth T. Cuccinelli II, the acting deputy secretary of the Department of Homeland Security, further belittled Ms. Bowser on Twitter by comparing her request to reduce the number of federal troops in Washington with the mentally ill wanting less medication.” 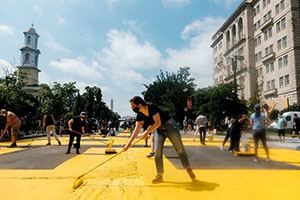