From CNN Business: “Purdue Pharma, the maker of OxyContin, has agreed to plead guilty to three federal criminal charges for its role in creating the nation’s opioid crisis and will pay more than $8 billion and close down the company.

The money will go to opioid treatment and abatement programs. The privately held company has agreed to pay a $3.5 billion fine as well as forfeit an additional $2 billion in past profits, in addition to the $2.8 billion it agreed to pay in civil liability. 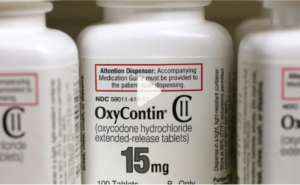